The "-" impact of Network Level Authentication on failed logon events - 4625

In this short post we will be highlighting some of the observed abnormal failed logon events (related to RDP brute force activity) and how you can detect them and also how you can leverage them to conduct a "stealthy" RDP brute-forcing attack.

For this, we will be using an open source RDP client xfreerdp (available on Kali Linux by default):

Xfreerdp allow us to control the following parameters:


Once the logon is attempted, those are the events that will be seen on the target machine: 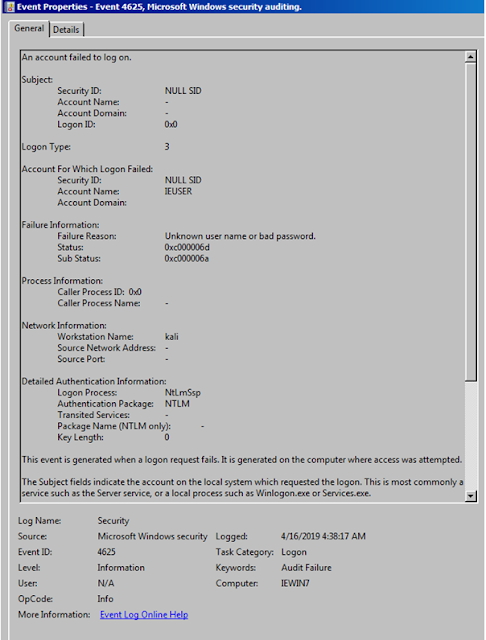 As you can see above:


To investigate further if there other traces of failed RDP logon attempts, we need to check the following event sources (under Applications and services logs\Microsoft):


As you can see below, no useful events are logged (for failed attemts, those event sources are useful for successful logons): 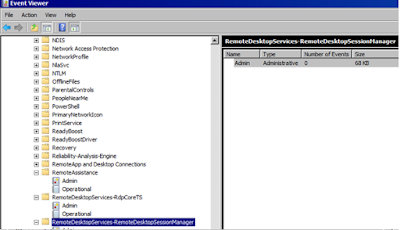 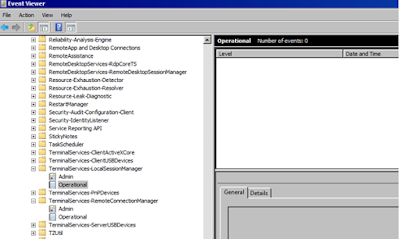 Even if you change the settings on the target machine to not require NLA authentication, same events are logged when xfreerdp is supplied with /sec:nla: 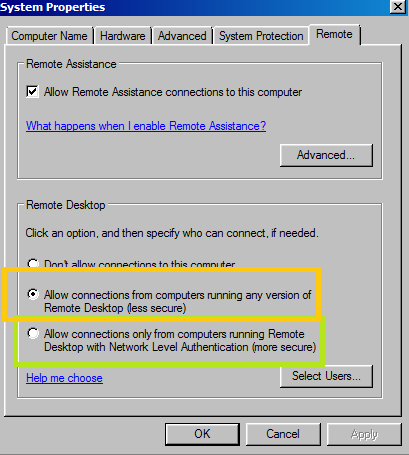 If we specify other RDP authentication protocol (other than NLA), we can see the source IP of the failed logon activity: 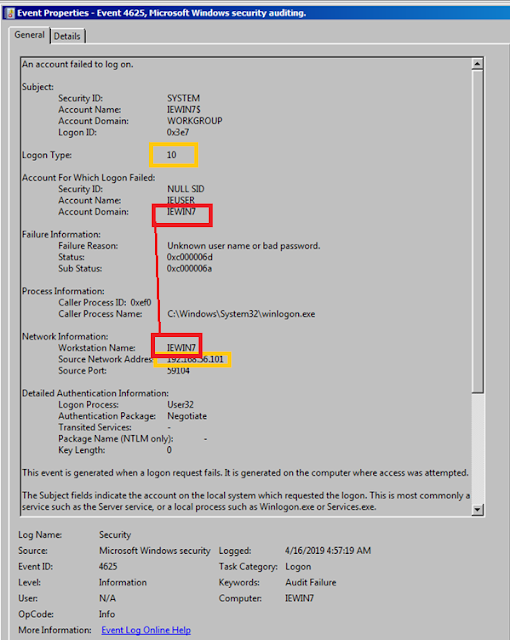 Both of the sourceIP and the correct logon type are recorded, but what's abnormal is the source workstation name equal to the target machine name.

And for eventid 1149, it reports also the correct source IP and the type of logon (RDP), but it marks this logon as succefful logon or it was a failed attempt. 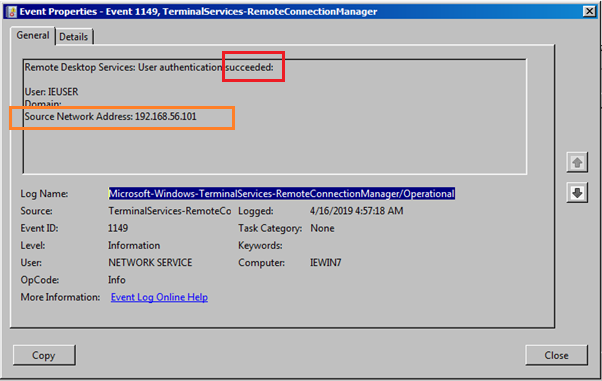 So, the question now is what are the main takeaways?

To verify if point 2 matches any false positive, we've run the following query on a real environment:


Posted by MENASEC at 16:36
Email ThisBlogThis!Share to TwitterShare to FacebookShare to Pinterest