In this post we will show you how to detect Sharphound both at the client side as well as at the DC side:


Below examples of events we've observed while testing Sharphound with the "all", "--Stealth" and "default" scan modes: 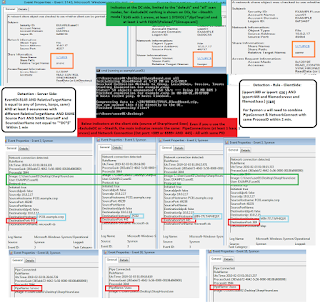